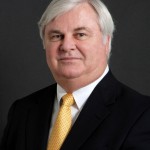 Rick represents start up companies and established businesses with respect to a wide variety of business legal matters such as forming new companies, commercial contracts of all types and general legal issues.  He assists companies in adopting a Buy Sell Agreement, a document that is essential for all valuable companies because it contains the owners’ exit strategy after a death, disability or other triggering event.

He has extensive experience representing buyers and sellers of businesses and borrowers and lenders in loan transactions.  At one time Rick was the Arizona attorney for one of the largest banks in the U.S. in connection with its loans secured by Arizona real estate.

Rick is the author and creator of many websites and two books.  Rick’s first book is the “LLC Operations Manual,” a 170+ page that explains legal and practical issues that arise in the operation of a limited liability company.   Rick’s second book is “Family Asset Protection, which people say is a great way to learn about Wills, Trusts and estate planning.  This free book is full of helpful illustrations.  Its purpose is to teach people how to protect their most valuable asset – their loved ones – from their death or incapacity.

AV, which is the highest rating given by this respected national attorney rating service.

Admitted to Practice Law In:

Married to Carol Keyt since 1972. Carol is Keyt & Keyt’s office manager, bookkeeper and primary LLC legal assistant. Rick and Carol have three children. They all graduated from Arizona State University. Kari, the oldest, is a Southwest Airlines flight attendant married to a Southwest Airlines captain and lives near the Woodlands, Texas.

Katie graduated from Arizona State University and was a KEYTLaw corporate and LLC legal assistant for six years.  Katie is the KEYTLaw Girl.

Flew the F-4 Phantom II supersonic (mach 2+) fighter bomber for five years. The picture in the prior link shows an F-4E over southeast Asia with a 20mm canon (a six barreled gun capable of firing 6,000 rounds/minute) in the nose and 12 Mark 82 five hundred pound general purpose bombs – 6 on the centerline and 3 under each wing. This was a typical ordinance load for close air support missions in 1972. The outboard stations under the wings carry two 360 gallon external fuel tanks that could be jettisoned if necessary for more range and better maneuverability.

Combat missions in 1972 over North Vietnam, South Vietnam & Laos while a member of the 35th Tactical Fighter Squadron based at Korat Royal Thai Air Base, Thailand. 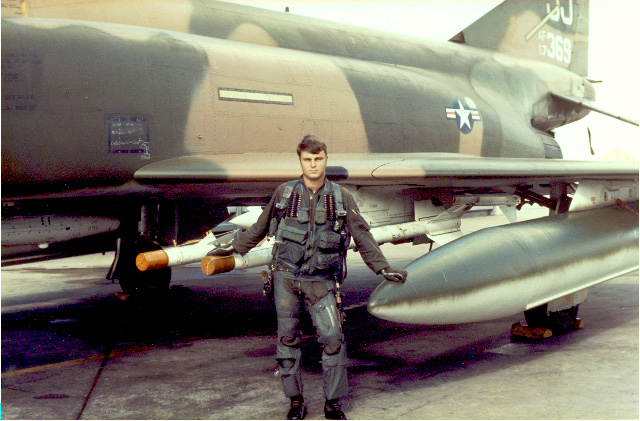 In the picture above, Rick’s right hand is resting on an AIM-9 Sidewinder infrared guided air to air missile and his left hand is on a 360 gallon external fuel tank. The yellowish rectangular strips above the wing and on the tail below the JJ are florescent lights for night formation flying.

[the equivalent of 1,000,000 tons of TNT] nuclear bomb on my airplane) and air defense alert (intercepted Russian bombers approaching the coast of South Korea) at Kunsan Air Base, Korea, 1973. F-4s on alert had to be airborne within ten minutes of being scrambled, which was always an adrenalin pumping experience. Nothing quite like playing Monopoly or cards with the guys in the alert shack one minute and blasting into the sky five minutes later at 600+ knots in a supersonic jet fighter carrying four AIM-7 Sparrow radar guided missiles, four AIM-9 Sidewinder heat-seeking missiles and 700 rounds of 20mm ammunition.

Twice Rick picked up brand new F-4s from the McDonnell Douglas factory in St Louis and delivered the airplanes to Tehran, Iran, for the Iranian Air Force during the rule of the Shah of Iran.